DAB (Digital Audio Broadcast) completes to today’s FM coverage management for quite a while and will replace it in the future. This transition period will last probably, depending on market development, between 7 to 12 years. The latest is estimated to happen in 15 years. England and several other European countries already have shown a strong growing demand and increasing population of DAB audience. With DAB the utilisation period can be increased and cost savings can be achieved on a long term basis

DAB is the only digital radio system, which will be established in Europe and other continents. It already did in some cases. From the technical point of view, other system are possible, but still the biggest task it not the construction of new broadcast networks, but the expand the number radio receivers among the audience. Neither Switzerland as a broadcasting area nor single private radios can achieve this target. This very big project can only be achieved on a European level. Therefore any investments in other systems do not make sense from the economical point of view.

Compared to the other known systems such as DVB, IBOC or HD-Radio, DAB has true advantages which allow profitability perspectives. DAB gives you the better reception with less transmission sites, and gives the possibility of new expanding channels for extra programs or data services. Also DAB is the platform, which meets the broadcasting demands of the future. The opinion, that the Swiss radio stations can make own decisions on systems changes or have an influence on other systems, or new programs which will established on the market, are not correct. Satellite radio and multimedia programs (like XM-Radio in the US) for the future for mobile reception prove, that these questions are out of date. To change digital radio expands platform makes sense only, when there will be a long term benefit and if it gives advantages to the content providers (radio-stations and others) and the audience. At the same time comparing products and services like MP3 players and multimedia applications on GSM, Edge or UMTS should be monitored closely. At the moment the DAB can cover all these conditions.
Digital radio is not only a technical matter, but it is mainly the matter of financial fund raising, as well as new media law and the strategy of each radio station. Digital radio / DAB causes huge challenges to Swiss radio stations. One can use these facts with positive skills and if one is late it can be a threat. Also the change of structuring in the radio branch demands an active political dialog. This bears an opportunity to the private radio stations to recover reception quality versus the Swiss Broadcasting company (SRG/SSR), but also the risk to be put in to the status of second class radios. In any case new expanded channels for radio program – with or without private radios – will be established(also via Satellite for mobile receiver). Every private radio stations should initiate their own strategies to refer to the time, when up to one hundred of pan Europe radio programs will be received all over the country.

New products of transmission systems will be necessary. The very interesting thing is multimedia and DAB-ability automatic station program like DABIS. If there will be no change by tomorrow, or the day after tomorrow, the DAB market can now develop faster than up to now. The success in the UK has stimulated the invests and product suppliers. The big potential in other European countries is obvious.

SRG/SSR (Swiss Broadcasting Company) will continue to establish a demand for the DAB receivers. Therefore SRG/SSR will maintain the leadership for DAB in Switzerland.

In car parkings, shopping centers or offices the reception of DAB+ is by no means self-evident. Especially in buildings with thick concrete or metal facades there is often no DAB+ reception. The DAB-Repeater developed by SUMATRONIC solves this problem. Buildings can be retrofitted at low cost so that the reception can be guaranteed in best quality. 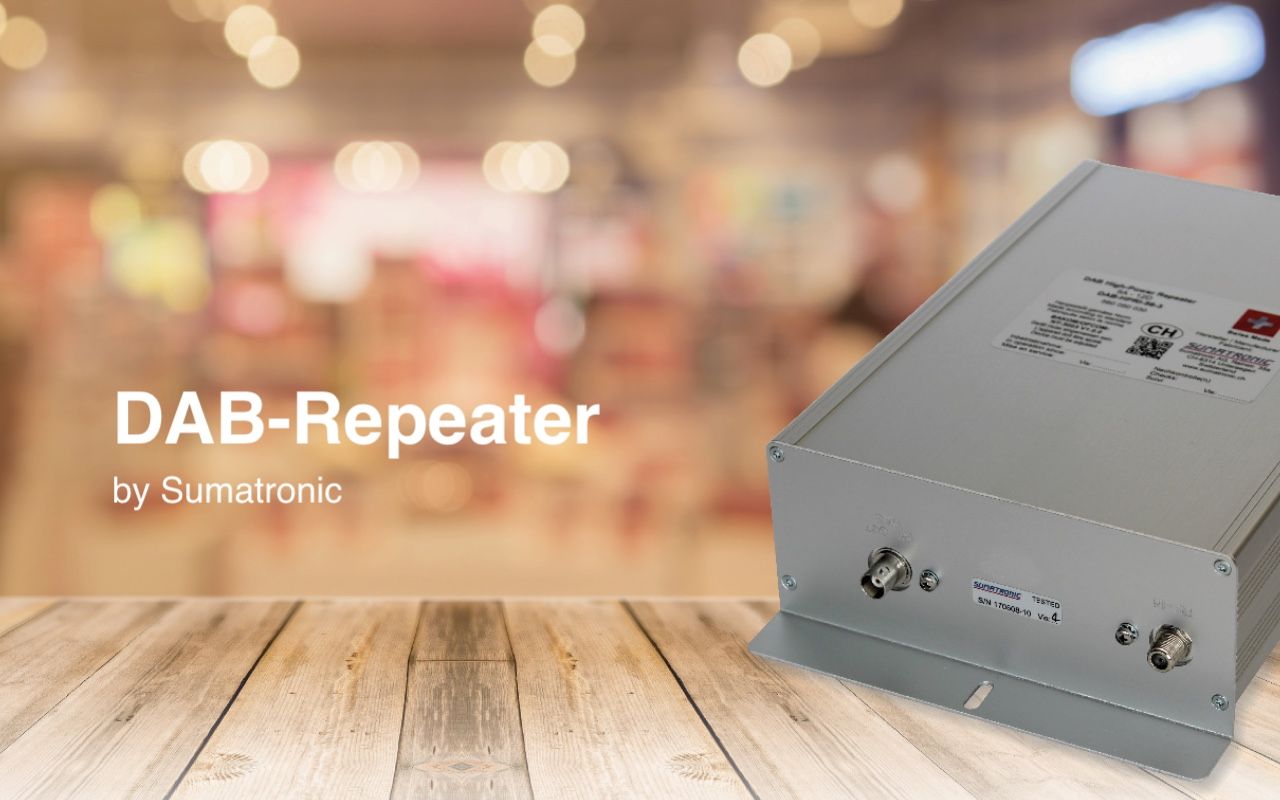 The DAB-Repeater is a cost effective solution and available in various versions. Would you like more information or a more detailed consultation? Please contact us.

Especially in the mountains, the topology often has a few unpredictable surprises. It is not uncommon that transmitters generates enough field strength but reflections of the waves on steep rock faces, water surfaces of lakes or in winter on snowy slopes significantly weaken the quality of the reception. In analog transmissions such as FM broadcasting, such interference are audible (especially in stereo reception). In digital systems (e.g. cellular phones, DAB, DVB…), the reception has high bit error rates which can maim or even break the connection.

Only the right design and the optimal location of the transmitter and the check with measurements ensure that your investment later can fulfill the most great expectations. 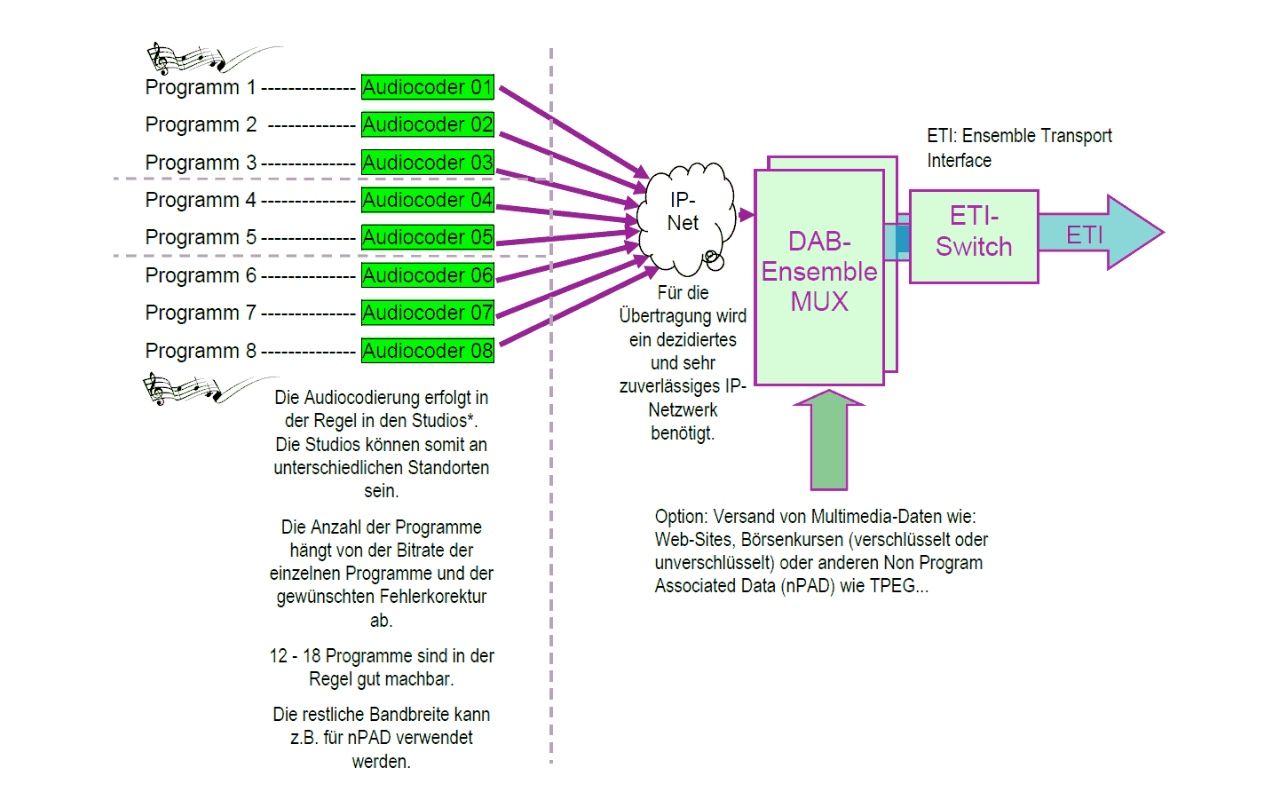 The VDL Digital Radio Rebroadcast System for Tunnels enables tunnel operators to replace audio programmes with live or prerecorded announcements, providing information and instructions in the event of an emergency. The system monitors the live Ensemble for all current audio service configurations and automatically manages the replacement of normal programmes with the emergency announcement using the same audio bit-rate. This ensures a seamless transition and avoids receiver reconfigurations, which would otherwise lead to a delay in the reception of announcements. To prevent the need for receivers to re-tune, the system maintains RF frame synchronisation when switching between live programmes and announcements, thereby avoiding disruption to the digital radio signal. Systems can be configured for multiple languages and for separate announcements in each tunnel bore.

The scalable design ensures that additional ensembles, audio channels and languages can be supported when new services are introduced into the transmission area. The system is equally suited to new installations, or updating existing AM/FM tunnel announcement systems. VDL’s Digital Radio Rebroadcast System is capable of meeting the requirements to rebroadcast DAB/DAB+ Ensembles and insert emergency messages. The system’s seamless break-in of announcements and synchronisation of transmission framing ensures that listeners can be made aware of emergency situations with the minimum possible delay This application provides a Graphical User Interface (GUI) to control and configure the VDL Tunnel Rebroadcasting System. 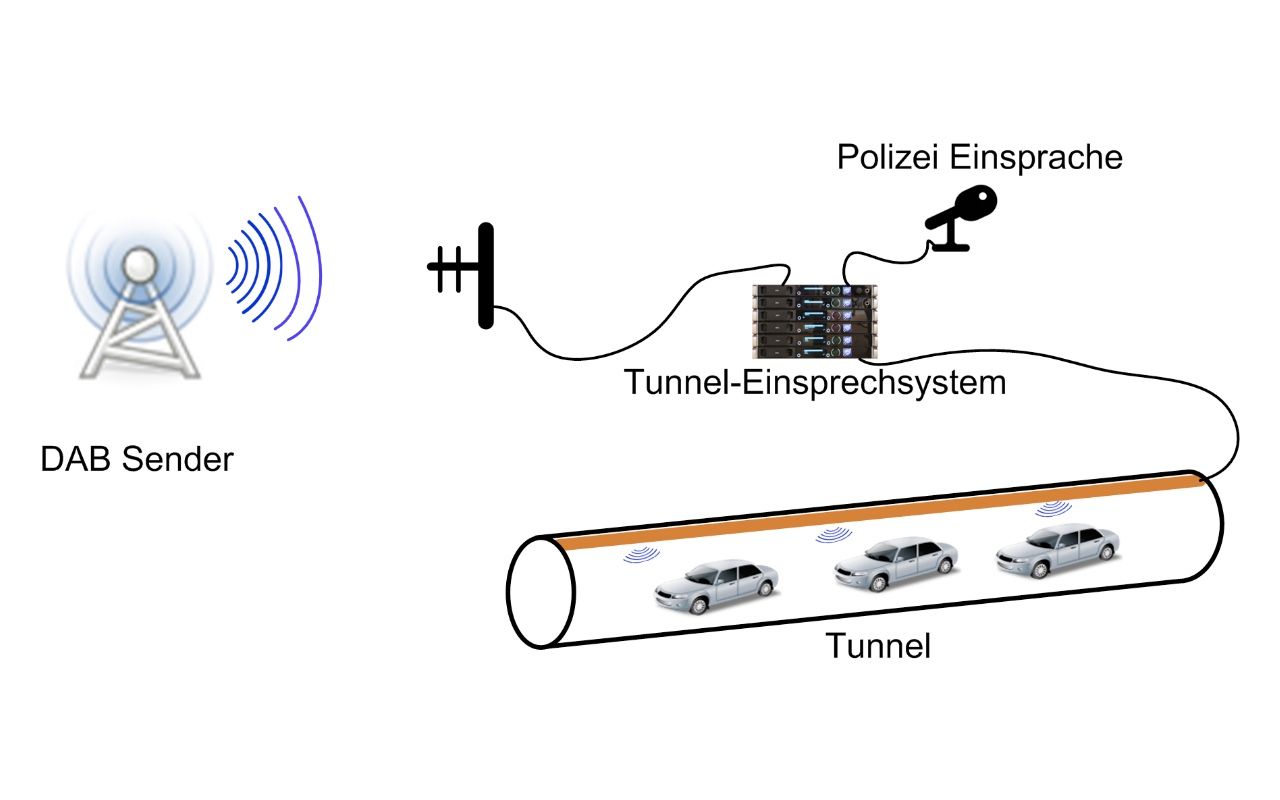 We have a own DAB/DAB+ lab, where we can test receivers for their operational stability and radio automation systems for their ability to send multimedia content via DAB/DAB+. 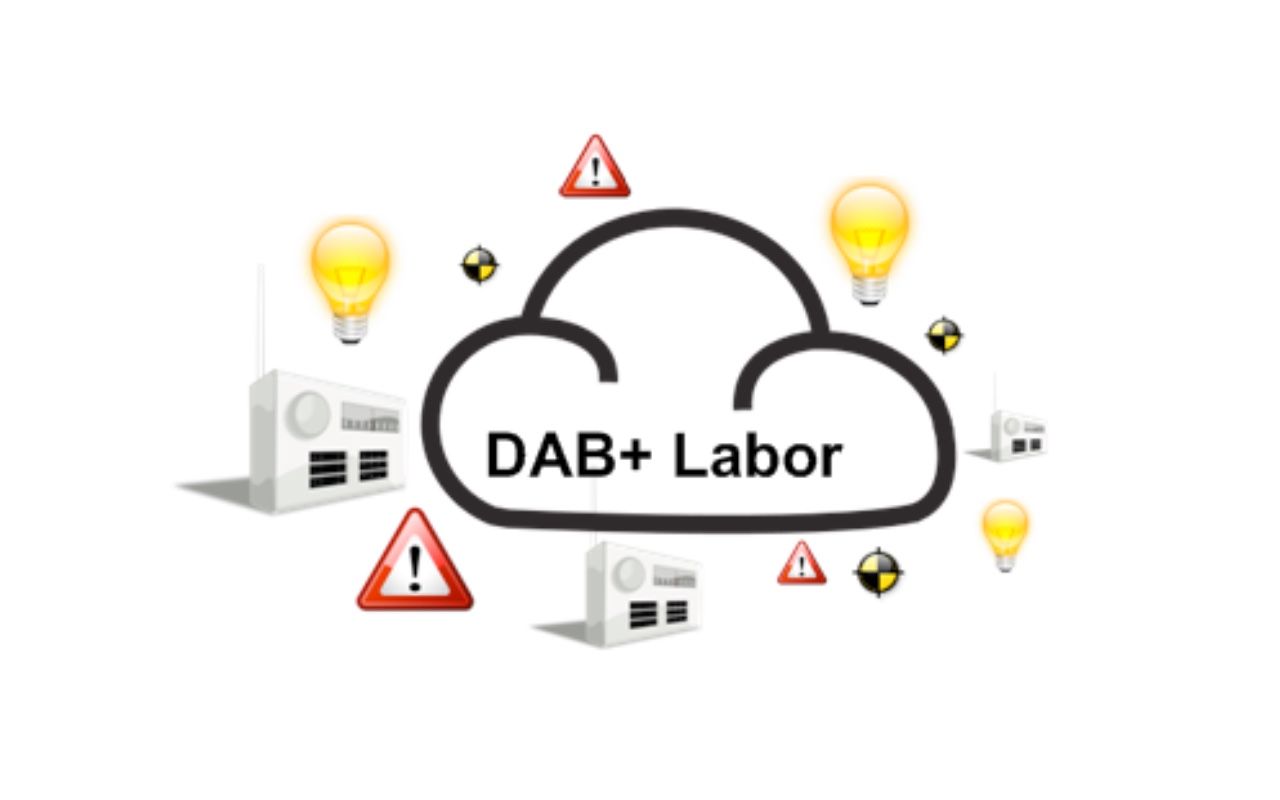 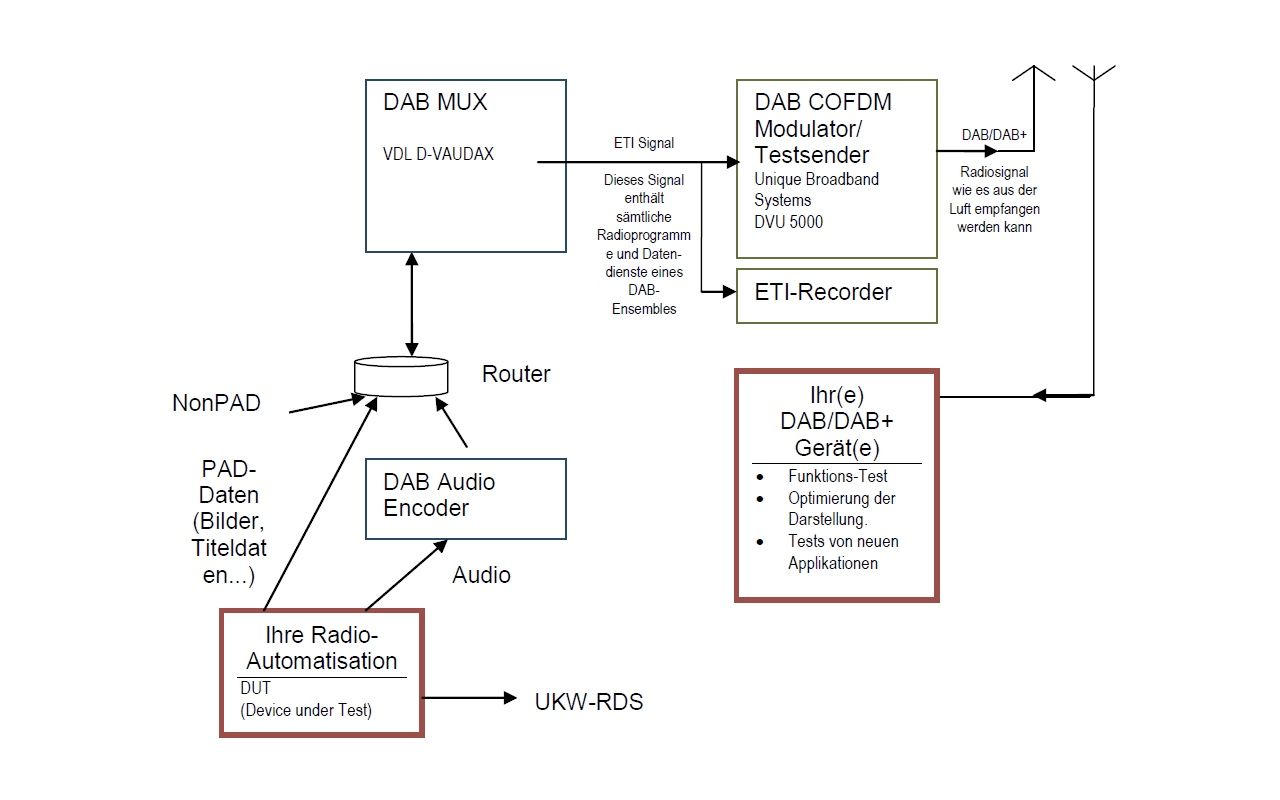 In order to cope with the frequency spectrum of DAB Digital Radio, Sumatronic has developed a broadband transmitting antenna. Designed for small applications, the antenna can be installed inconspicuously with a magnetic base. The antenna is the ideal supplement for your indoor repeater system. 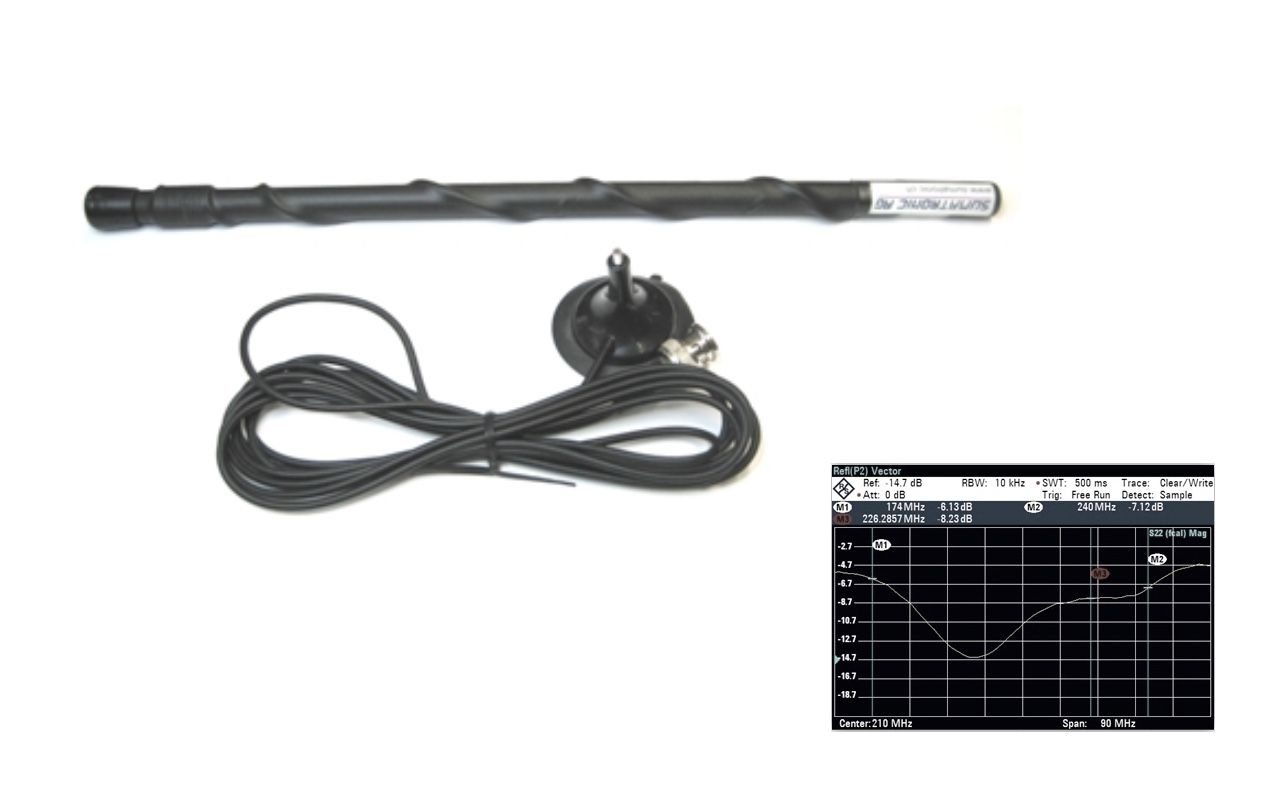 Connecting the DRR-2T to an existing audio system is easy. The user has a choice of using analog or digital audio formats. All information related to reception and the operation of the DRR-2T is provided on a large high contrast LCD display. Where system integration is a requirement the DRR-2T offers both RS232 and IR control interfaces. The DRR-2T is designed for installation into an 1U/19″ rack. Overall construction is of the highest quality, with all mechanical and electronic parts selected to provide long term reliability. 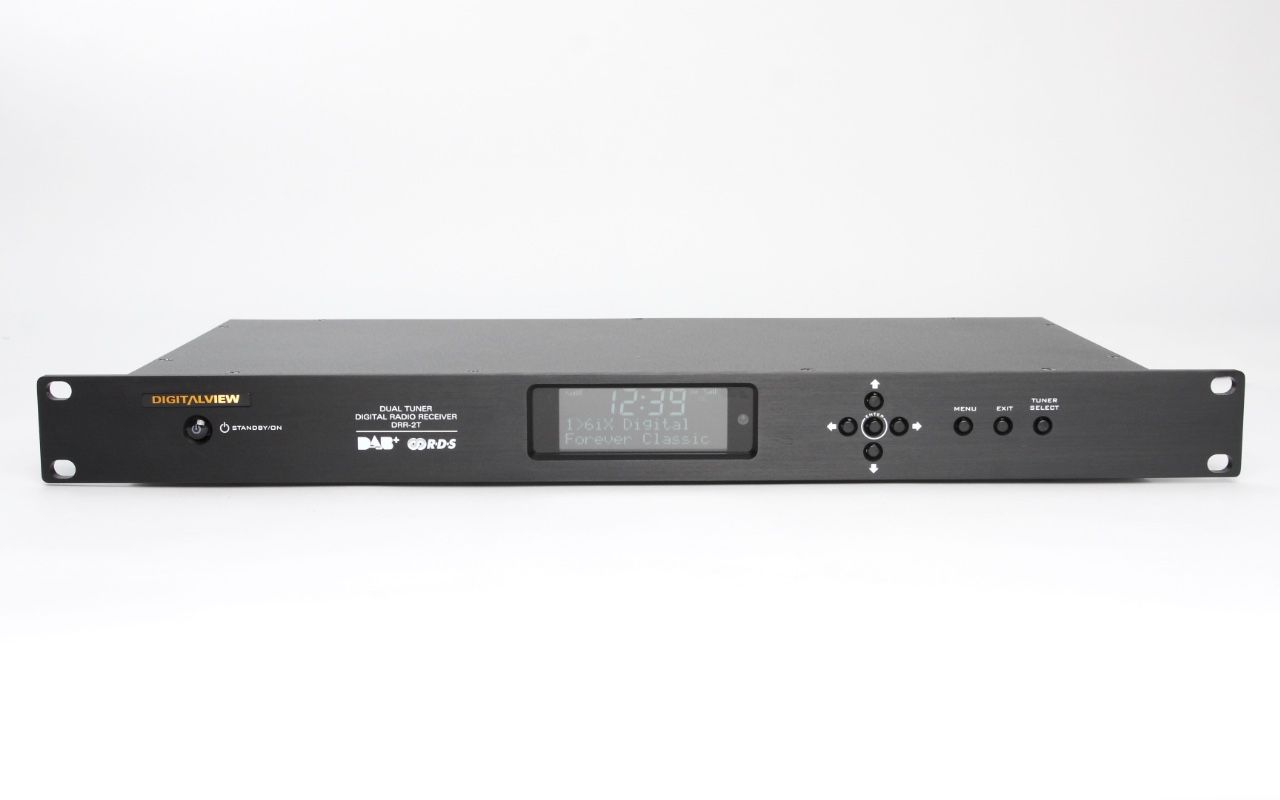